Who are the two witnesses, and what is their purpose?

What happens to the two witnesses in the book of Revelation.

1. John was instructed to measure the temple and the altar, but not the outer court, meaning he was to measure the holy place and the holy of holies. While others could come into the outer court, only priests could enter into two temple rooms. The explanation was given that this would be under the control of the Gentiles, who would trample on the holy city for 42 months. The times of the Gentiles (Luke 21:24) will not end until the second coming of Christ to the earth to set up His Kingdom. Though Jews may possess Jerusalem temporarily, as they have in this century, they will lose possession in the Great Tribulation.

2. At the same moment of  the rapture of the two witnesses an earthquake occurred in Jerusalem, with 1/10 of the city collapsing and 7,000 people being killed. The survivors were terrified and gave glory to the God of heaven. So ended the second woe, leaving only the seventh trumpet, the final and third woe, to come. Though the full results from the sounding of the seventh trumpet are only introduced here, and not brought to finality (as they will be in chap 16), the introduction of the seventh trumpet is dramatic. As the trumpet sounded, voices were heard in heaven: “the kingdom of the world has become the kingdom of our Lord and of His Christ, and He will reign forever and ever. (Cf. predictions of the earthly kingdom of Christ in Ezek 21:26-27; Dan 2:35, 44; 4:3; 6:26; 7:14, 26 -27; Zech 14:9). The fact that this will be fulfilled at the Second Coming makes it clear that the period of the seventh trumpet chronologically reaches to Christ’s return. Therefore, the seventh trumpet introduces and includes the seven bowl judgments of the wrath of God revealed in chapter 16. In contrast with previous trumpets where a single voice was heard, here a mighty chorus from heaven joined in the proclamation.

A. 11:1. “the temple of God.” Apparently the temple that will be built during the Tribulation, in which Jewish worship will be carried on during the first part of that seven-year period and in which, at the midpoint, the man of sin will exalt himself to be worshipped (2 Thes 2:4).

B. 11:2. “forty-two months.” This equals 3 1/2 years and probably refers to the last of the tribulation period during which Jerusalem will be under some sort of Gentile (the nations) control. Thus, “the times of the Gentiles” (see Luke 21:24) will not conclude until the end of the Tribulation.

C. 11:3. “1260 days.” This also equals 3 1/2 years and refers to the period of the ministry of the two witnesses. Whether the two witnesses will prophesy during the first half or the last half of the Tribulation is not stated, though the first half seems more likely, since their termination by Antichrist (v 7) fits better at the midpoint of the Tribulation than at the end.

G. 11:8. “the great city.” I.e., Jerusalem, which in these coming days will be like “Sodom” (filled with perverted sex) and “Egypt” (persecuting God’s people).

H. 11:9-10. So corrupt are peoples’ hearts that they will refuse burial and have a 3 1/2 day celebration of Antichrist’s victory over the two witnesses.

I. 11:11. “and they stood on their feet.” Imagine the effect the resurrection of these two men will have on those who, only the moment before, were viewing their corpses in the street or were watching TV news!

K. 11:15. The end is near enough now that the announcement of it can be made.

L. 16-19.The announcement evokes praise from the “elders” (vv 16-17) and anger from the “nations;” and soon will come judgment on the “dead” and the rewarding of the “saints.”

V. My Bucket List shows the references, of people and documents, that I use when I write my articles; you can find it in my list of Pages. 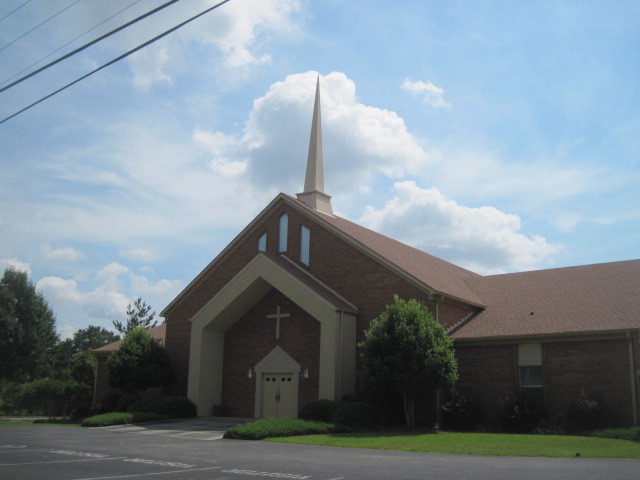